CWEC/CFEC participates in the meetings of the Canadian Economics Association (CEA), held in early June of each year. We typically sponsor a number of sessions and host a lunch with a keynote speaker. The links to below provide summaries of CWEC/CWEN’s activities in CEA meetings in recent years.

The CWEC/CWEN luncheon has been a feature of the meetings for over two decades, and has become one of the conference highlights. With a cap of 30 attendees in 1995, we had a record 140 people attend in 2016, and have had amazing speakers.

The 2021 CWEC/CFÉC Keynote Lecture speaker was Emi Nakamura, and the title of her talk was, "Is the Phillips Curve Getting Flatter?" Emi is the Chancellor's Professor of Economics at the University of California at Berkeley. Her research focuses on monetary and fiscal policy, business cycles and macroeconomic measurement. 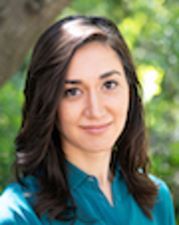 A Brief History of the CWEC/CWEN lunches and speakers

2021: Emi Nakamura (UC Berkeley): "Is the Phillips Curve Getting Flatter?"

2017: Hilary Hoynes: “Income Support and Poverty During the Great Recession”

2013: Sandra Black: “The Other Side of the Glass Ceiling: The Effect of Women at the Top”

2011: Rebecca Blank: “The Well-Being of Women in America”

2007: Susan Collins:  “Accounting for Growth: China and India After 25 Years”

2005: Marianne Ferber:  “Women in Academia: Slow Progress is Better Than No Change At All”

2003: No listed speaker.  State of the Art Lecture given later by Nancy Folbre: “Ménage à trois: Feminist Theory, Evolutionary Economics, and Individual Optimization in the Household”

2002: Barbara Spencer: “Trying to Follow the Yellow Brick Road: My Early Experiences as a Female Economist in Australia, Canada and the United States”

2001: No guest speaker was recorded.  A roundtable was held on the Status of Women Economists, releasing the first report on this issue produced by the CEA.

1995 – 1999: CWEN luncheons were held, but guest speakers’ names were not recorded on the program.