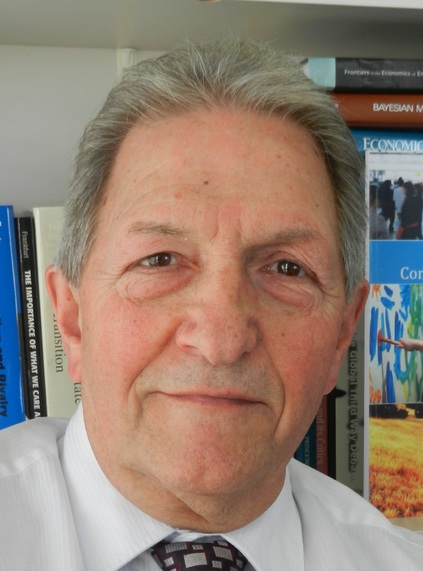 Marcel Boyer (Ph.D., Carnegie-Mellon University) is Emeritus Professor of Economics, Université de Montréal, where he was Bell Canada Professor of Industrial Economics and Jarislowsky-SSHRC-NSERC Professor of Technology and International Competition (École Polytechnique). He is presently Associate Member, Toulouse School of Economics; Fellow of CIRANO, CIREQ and the C.D. Howe Institute (Member of the Competition Policy Council); First Vice-president of the Society for Economic Research on Copyright Issues(SERCI); Memberof the Governance committee of the "Sustainable Finance and Responsible Investment" Chairs of AFG at École Polytechnique de Paris and Université de Toulouse; Member of the Expert Panel of the Council of Canadian Academies on the State of Industrial Research and Development in Canada; Member of the jury of the Donner Prize; and University affiliate of Analysis Group.

Marcel Boyer’s contributions are both numerous and diversified. He was one of the first theorists to introduce non-additive utility functions with endogenous discount factors in the theory of optimal growth (CJE 1975, IER 1978). He is credited with significant contributions in the fields of habit formation, rational addiction and consumption cycles (JET 1983). In the economics of strategic behavior, his work (with Michel Moreaux) have confirmed the impossibility of reducing the set of strategic equilibria through conjectural variations, which led them to reinterpret the Cournot, Bertrand and Stackelberg equilibria (IJIO 1983, JIE 1983); they also contributed to the analysis of strategic rationing (QJE 1988, IER 1989), market coverage (IJIO 1993), and dynamic strategic equilibria (with Thomas Mariotti and Pierre Lasserre, REI 1998, IJIO 2004, IJIO 2012). In the economics of information, uncertain and insurance, his work (with Georges Dionne) allowed among others to define a new measure of risk aversion for the study of reactions to government policies (AÉ 1983, CJE 1983, CJE 1989); their work on the economics and econometrics of road safety and car insurance (REStat 1989) had an important impact in academic and applied circles. Among his contributions to law and economics, his work on the sharing of liability in industrial and environmental disasters have shown in particular the limits of the American jurisprudence based on the CERCLA Act, which paved the way for the liability of banks (with Jean-Jacques Laffont, EER 1997), and the impact of court efficiency to avoid errors of type I and II on the optimal sharing of liability (with Donatella Porrini, IRLE 2011). He also contributed to the analysis of misleading advertising (AÉ 1977), the role of law in the informative effectiveness of prices (CJE 1989), the emergence of incentive regulation (RJE 1999), the economics of copyright (RERCI 2004, 2007, 2012), of inertia in organizations (JEBO 2006), and of the determination of fines in cartel cases (Concurrences 2011). Marcel Boyer co-edited in 1984 (with Richard E. Kihlstrom) Bayesian Models in Economic Theory in Studies in Bayesian Econometrics series published by North-Holland, a book which remains today a reference in the economic theory of information incomplete (Bayesian-Nash equilibria). He co-edited in 2006 (with David Martimort and Yolande Hiriart) Frontiers in the Economics of Environmental Regulation and Liability (Ashgate Pub) and in 2009 (with Michael Trebilcock and David Vaver) Intellectual Property and Competition Law (Irwin). He published in 2006 (with Michel Moreaux and Michel Truchon) Partage des coûts et tarification des infrastructures (CIRANO) and in 2009 Manifeste pour une social-démocratie concurrentielle / Manifesto for a Competitive Social Democracy (CIRANO).