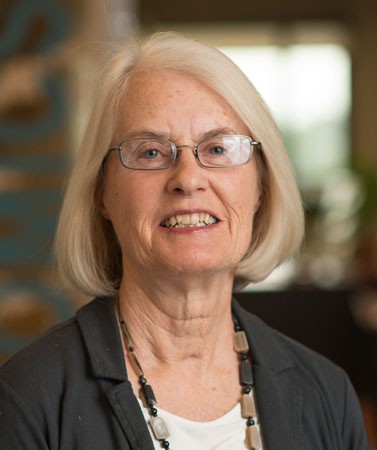 Margaret E. Slade (PhD, The George Washington University) is now professor emeritus at the Vancouver School of Economics at The University of British Columbia.  She is also an Associate member of GREQAM, a research group based in Marseilles, and a Research Fellow in the Economics Network for Competition and Regulation (ENCORE), based in Amsterdam.

Prof. Slade began her career not as an economist, but as a mathematician, working, among other places, for Shell Development, and then for the US Geological Survey, where she was employed while completing her PhD. These experiences shaped her interests in methods as well as in the substantive issues of exhaustible resources markets and the importance of spatial factors, all of which found their way in her research throughout her career. After completing her PhD, she joined the Federal Trade Commission before serving on the faculty at UBC for more than 20 years. In 2002, she went to the University of Warwick and then returned to UBC in 2008. In recognition of her contributions to economics research and policy, she received an Honorary Doctorate from the Helsinki School of Economics in 2001. She also served as President of the European Association for Research in Industrial Economics (EARIE) from 2001 to 2003, and held the inaugural Leverhulme Professorship in Industrial Economics at the University of Warwick during her time there. She has consulted for firms and government agencies in Canada, Europe, and the United States, and has served on the editorial board of several leading journals in industrial organization, including the Journal of Industrial Economics and the International Journal of Industrial Organization. She still serves on the board of the Canadian Journal of Economics, the Energy Journal, Managerial and Decision Economics, and Spatial Economic Analysis.

Simply put, Prof. Slade has been a pioneer and innovator throughout her career. At a time when the field of Industrial Organization was almost exclusively theoretical, she was developing methods and proposing new ways to approach the field empirically, including collecting her own data, for example by traveling along a stretch of road in Vancouver repeatedly to record gasoline prices along the way. This led her to write a series of papers on price wars and strategic behavior, and develop some of the very first tests of the many theoretical contributions on this topic at the time. This practice of collecting one's own micro data is all too familiar to the empirical IO economist of today, but was unheard of at the time. Similarly, while imposing structure from theory has become routine in IO today, she made the structure and implications of the theoretical models much more explicit in her empirical specifications at a time when few thought deeply about the connection between theory and empirics in IO. Her 1992 Review of Economic Studies paper on Vancouver's Gasoline Price Wars, her empirical study of Multitask Agency and Organizational Form published in the IER in 1996—to this day one of the few empirical analysis of this phenomenon—and her 1998 Journal of Law, Economics, and Organization paper on Strategic Motives for Vertical Separation, are all great examples of this capacity she had of linking empirics to theory. In terms of industries, she focused not only on manufacturing, as the profession normally did and largely still does, but on markets like those for petroleum and metals, even though energy and exhaustible resource economics were not the popular topics that they are today. She was also among the very first to engage in empirical research on organizational issues faced by firms, an area of research still in need of much further work, and still inspired by her early—as well as her more recent—contributions in this domain. And she was contemplating the importance of spatial methods long before the idea that geography could provide a great source of identification, and of variation in data about firms, had been recognized in the profession. In all these dimensions, her research foretold developments to come, and contributed to the transformation of the fields of industrial, natural resource, and organizational economics.

For these and her many other achievements, the CEA is delighted to award the Association's highest honour, that of Fellow of the Canadian Economics Association, to Margaret E. Slade.

[Francine Lafontaine, Ross School of Business at the University of Michigan]