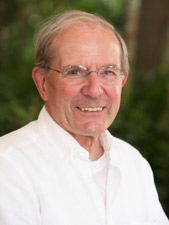 Michael Parkin, another eminent monetarist professor at the University of Manchester, joined the University of Western Ontario in 1975. After leaving school at the age of sixteen, he was a cost accountant in the English steel industry for five years, and then in 1960 took up the study of economics at the University of Leicester (to which he returned to accept an honorary doctorate in 2010). The author of 38 articles in refereed scholarly journals, 57 articles in edited volumes and conference proceedings (including New Palgrave articles on adaptive expectations and on inflation), 18 discussions and comments in refereed journals, edited volumes, and conference proceedings, and 35 articles in bank reviews and other periodicals and pamphlets, he is also the author or co-author (often with Dr. Robin Bade) of eighty (80!) editions, in many languages and national editions (from Indonesia and China to Brazil and Mexico, with 2011 editions in Britain, the US, Australia, and Canada of the introductory book) of two best-selling textbooks: Economics (introductory) and Modern Macroeconomics (intermediate). These textbooks, and their ancillary materials (including software and websites), have been tremendously successful and influential.

The managing editor of the Canadian Journal of Economics from 1982 to 1987, Michael Parkin was President of the Canadian Economics Association in 1997-98, giving a Presidential address on "Unemployment, Inflation and Monetary Policy" (CJE 1998), reflecting on developments in macroeconomic theory and proposing the extension of existing dynamic general equilibrium models to a richer vector of stochastic shocks as a path to developing quantitative models adequate to informing the design and conduct of monetary policy.