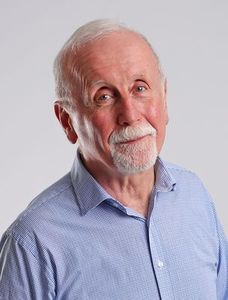 Lars Osberg is McCulloch Professor of Economics at Dalhousie University in Halifax. Born in Ottawa, he attended Queen’s University in Kingston and the London School of Economics and Political Science before working for the Tanzania Sisal Corporation as a CUSO volunteer and then going on to Yale University to complete his PhD. He has had visiting positions at New York University and the universities of Cambridge, Sydney, New South Wales, Essex and Queensland and with Research on Poverty Alleviation (REPOA) in Dar es Salaam, the Indira Ghandi Institute for Development Research in Mumbai, the Organization for Economic Co-operation and Development (OECD) in Paris and the Institute for New Economic Thinking in Oxford, UK.

His first book was Economic Inequality in Canada (1981), which was followed by 10 other books, four editions of an introductory economics textbook and numerous refereed articles. His most recent book, The Age of Increasing Inequality: The Astonishing Rise of Canada’s 1%, won the Canadian Economics Association’s Purvis Memorial Prize in 2019 for its contribution to Canadian economic policy. His professional responsibilities include holding the office of president of the Canadian Economics Association in 1999–2000. Lars Osberg’s current research emphasizes the measurement of economic well-being and the implications of, and interactions between, increasing inequality, economic insecurity and inequality of opportunity