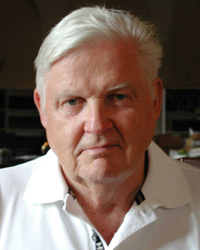 Robert Alexander Mundell, University Professor and McVickar Professor of Political Economy at Columbia University, Companion of the Order of Canada, is one of the two Fellows of the Canadian Economics Association elected in 2015, the highest honour awarded by the Association in recognition of a lifetime of distinguished contributions to economics in Canada.

Mundell propounded his theory of optimal currency areas in 1961, and in a series of papers in the early 1960s (some of them in the Canadian Journal of Economics and Political Science) was one of the two pioneers of the open-economy IS-LM-BP macroeconomic model, the open-economy counterpart to the Keynes-Hicks IS-LM model (see papers collected in Mundell, International Economics, New York: Macmillan, 1968). The other pioneer of the open-economy macroeconomic model was the late J. Marcus Fleming of the IMF (see Fleming, Essays in International Economics, Cambridge, MA: Harvard University Press, 1971, and Mundell and Jacques J. Polak, eds., The New International Monetary System: Conference sponsored by the IMF and Columbia University as a memorial to J. Marcus Fleming, NY: Columbia University Press, 1977). Together with his Chicago and Geneva colleague Harry G. Johnson, Mundell was also a pioneer of the monetary approach to the balance of payments and exchange rates, the open-economy extension of the quantity theory of money (see papers collected in Mundell, International Economics, 1968, and in his Monetary Theory, Pacific Palisades, NJ: Goodyear, 1971). Beginning with his plan for a European currency, published in 1973, Robert Mundell has come to be known as "the father of the Euro."

He is also a co-founder of supply side economics, and has also given close attention to the history of the international monetary system (notably in his Nobel Lecture, "A reconsideration of the Twentieth Century," American Economic Review, 90: 327-40, 2000) and the history of macroeconomics (e.g. R. Dimand, Robert A. Mundell and Alessandro Vercelli, eds., Keynes's General Theory after Seventy Years, Basingstoke, UK, and New York: Palgrave Macmillan, 2010).