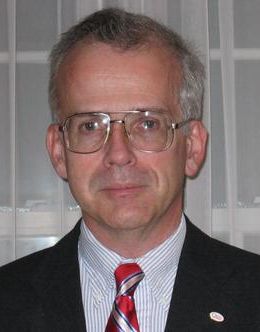 The Canadian Economics Association is delighted to announce the election of James G. MacKinnon as a Fellow, the highest honour that the Association can bestow. James MacKinnon, the Sir Edward Peacock Professor of Econometrics at Queen's University, is a Fellow of the Royal Society of Canada and of the Econometric Society. He has made major contributions to theoretical econometrics, particularly with regard to bootstrap methods and specification testing. He has written two books, Estimation and Inference in Econometrics (New York: Oxford University Press, 1993) and Econometric Theory and Method (New York: Oxford University Press, 2004), both coauthored with Russell Davidson, who is also becoming a Fellow of the Canadian Economics Association today.

James MacKinnon graduated from Glendon College, the bilingual college of York University, and received his PhD in economics from Princeton University in 1975. His dissertation supervisor at Princeton, with whom he published on the sandwich method for finding fixed points, was Harold Kuhn (of the Kuhn-Tucker conditions for constrained optimization). James joined Queen's University as an assistant professor in 1975 and has stayed with Queen's since then (as associate professor from 1978, full professor from 1982, Peacock Professor since 1991). In addition to what subsequently became his main work in theoretical econometrics, he published several early articles with Richard Arnott applying general equilibrium analysis to urban economics. Russell Davidson joined Queen's two years after James, initiating an exceptionally fruitful collaboration (their first journal article in 1980 was James's twentieth article). Together with Charles Beach, James MacKinnon organized and hosted the first meeting of the Canadian Econometric Study Group in 1984 (and he also organized and hosted the CESG's 1997 and 2012 meetings).

James MacKinnon was president of the Canadian Economics Association in 2001-2002, giving a presidential address on “Bootstrap Inference in Econometrics,” Canadian Journal of Economics 35:4 (November 2002), 615-645. The remarkable increase in computing power made it possible to base statistical inference on simulated, or bootstrap, distributions based on resampling rather than on distributions suggested by asymptotic theory that are strictly valid only when the sample size is infinitely large. MacKinnon (2002, p. 617) argued that “This bootstrap approach can often, but does not always, lead to much more accurate inference than traditional approaches are capable of.” His presidential address provides an accessible introduction to the work of Davidson and MacKinnon on bootstrapping.