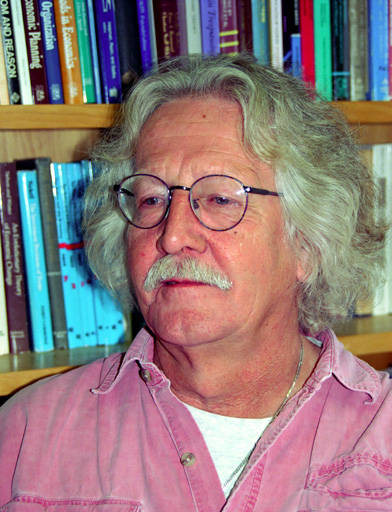 Charles has received numerous awards and distinctions, including the Killam Prize and the University of British Columbia Jacob Bieley Award. He served as President of the Canadian Economics Association and he was selected to deliver the Innis Lecture at the 1990 Canadian Economics Association meetings and the Arrow Lecture at the Meeting of the Society for Social Choice and Welfare in 2004. He is one of the few distinguished Canadian economists who are Fellows of the Econometric Society, an honor he received in 1988.

One of his primary long-term research interests has been the use of separability and duality in economic modelling, particularly in the context of consumer and producer theory. Starting right after his graduation, he produced numerous fundamental contributions to the field in the form of articles published in academic journals such as Econometrica, the Review of Economic Studies, the Journal of Economic Theory and the Journal of Econometrics. The monograph Duality, Separability, and Functional Structure: Theory and Economic Applications (written in collaboration with Daniel Primont and R. Robert Russell and published by North-Holland in 1978) continues to be the authoritative opus on the subject and is a must-read for anyone who contemplates working in this area of research.

The issue of duality and aggregation is but one of Charles’s numerous and varied areas of expertise. Another thread that can be followed through the entirety of his academic career is his passionate interest in normative economics. He has been playing a crucial role in advancing our knowledge of the intricacies of social choice theory and welfare economics, issues of inequality and poverty, the theoretical foundations and practical implementation of interpersonal comparisons of well-being and population ethics; this list of areas of accomplishment at the highest level is not meant to be exhaustive. Because of the close link of these ethical aspects of economics to matters that are of importance to philosophers, Charles Blackorby has also managed to establish himself as a major contributor to subfields of that discipline. This is evidenced by his publications in philosophy journals and his numerous interactions with philosophers on topics in applied ethics.

In full awareness that this is, to a large extent, a subjective matter, I feel compelled to explicitly mention three of his many articles on normative economics that have had a profound influence on my own work. The first of these, “Measures of Relative Equality and Their Meaning in Terms of Social Welfare,” appeared in the Journal of Economic Theory in 1978 (coauthored with David Donaldson). The approach to inequality measurement outlined in this contribution opened up new paths of investigation that were, by and large, neglected until the time the paper appeared. The second is another piece jointly written with David Donaldson that marks the starting point of much subsequent work on population ethics. In “Social Criteria for Evaluating Population Change” (Journal of Public Economics, 1984), a new utilitarian class of variable-population social-evaluation criteria was proposed the members of which avoid the flaws inherent in average utilitarianism and in total utilitarianism. This is another path-breaking contribution that continues to be studied and applied in numerous contexts. Finally, there is the paper “Social Choice with Interpersonal Utility Comparisons: A Diagrammatic Introduction” (with David Donaldson and John A. Weymark), published in 1984 in the International Economic Review. This is a beautiful and accessible exposition of a multitude of results in social choice theory, and it well deserves to be required reading for any course that concerns itself with normative issues.

Charles never lost his interest in population ethics and has continued to produce high-level research in this area throughout several decades. Most of his work on the topic is collected in Population Issues in Social Choice Theory, Welfare Economics, and Ethics, written in collaboration with Walter Bossert and David Donaldson and published by Cambridge University Press in 2005.

It is clear that full justice cannot be done to Charles Blackorby’s many and wide-ranging accomplishments in a mere few paragraphs. Other fields that have benefited from his profound contributions include general and partial equilibrium theory, public economics, dynamic choice, intergenerational equity, cost-benefit analysis, risk-benefit analysis, rational choice and international economics. As to the last of these areas, there is one contribution that I specifically want to single out. In “Necessary and Sufficient Conditions for Factor Price Equalization” (with William Schworm and Anthony Venables, Review of Economic Studies, 1993), a long-standing issue in the international-trade literature was finally resolved. While most previous publications on the topic confined themselves to the formulation of sufficient conditions for factor price equalization, Blackorby, Schworm and Venables provided a clear-cut answer to the question how far the search for progressively weaker sufficient conditions can go: once a set of sufficient conditions is reached that is also necessary, this question is given a precise answer.

I conclude with a few remarks on some of Charles’s contributions to our profession that may not become immediately apparent from reading his curriculum vitae. In addition to all his outstanding research accomplishments, he has been giving his unconditional support and encouragement to countless junior members of our community. I consider myself extremely fortunate that I have had the pleasure and the privilege of benefiting from his immense generosity and, most importantly, from his invaluable friendship over the last three decades. I sincerely hope that I will continue to be in this enviable position for many more years to come.