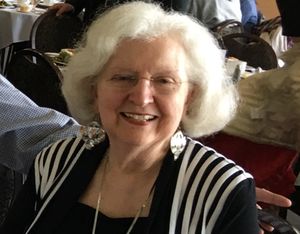 Professor Robb has been an outstanding contributor and indeed pioneer in each of these areas, influencing a generation of women in the profession and, through her policy work, beyond it. Her research and service to the academic and the broader community have centred around understanding the status of women in the workforce and how government or employer policies, including affirmative action, equal pay and employment equity policy and family policies, can affect the labour force participation of women and should be treated as issues of economic importance.

Her advancement of women spans a wide-range of endeavors, including having, along side Lorraine Eden, laid out the initial groundwork for establishing CWEN in the early 1990s (later, serving as President from 1997-1999). The representation of women and the climate for female economists in Canada are better because of Professor Robb.

In accepting the award, Professor Robb remarked, “I am at the stage in my life where I do wonder if the work mattered. To have been told so publicly, by being selected as the inaugural recipient of this award, that the work DID matter, has been a profoundly humbling experience and is the gift of a lifetime to me. Thank you so very much.”

The full text of her acceptance speech can be found here: SPEECH

A video of her acceptance speech can be found here: VIDEO