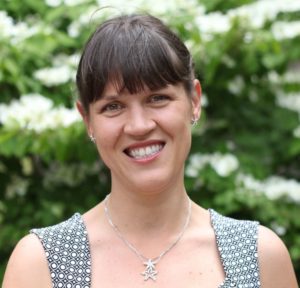 The Young Researcher Prize is awarded every two years in recognition of research excellence by a young woman economist. The selection committee has been impressed by the quality of nominees in this year’s competition. We have received 13 nominations for fantastic women economists whose research accomplishments are impressive. With the bar raised so high, we had the pleasurable but hard task of selecting a winner among them. Svetlana Demidova, an Associate Professor specializing in International Trade, was chosen as the 2016 winner for her contributions to the field of International Trade.

Svetlana has five publications in the top journal in her field, the Journal of International Economics (with a sixth revise and resubmit), as well as publications in other top general interest journals such as International Economics Review, Economics Letters, American Economic Review Papers and Proceedings, and Journal of International Trade and Economic Development. The selection committee was impressed with Svetlana’s contribution to the research in international trade highlighting the role of firm heterogeneity, as well as with her collaborative work with various co-authors, indicating her work influences research agenda beyond her own.

You can find more information about Svetlana’s research in her webpage.

A heartfelt congratulation goes to Svetlana for being the award winner, as well as to the fantastic field of other nominees in this year’s competition. The Research Prize was established in 2010 and is presented at the CWEN/RFÉ luncheon held during the annual CEA Meetings. The recipient receives $1000, along with a commemorative plaque. The members of the adjudication committee for this year’s prize were Joanne Roberts (Calgary), Xiaodong Zhu (Toronto) and Miana Plesca (Guelph).